The Gilboa Dam (Dam) is part of New York City’s Catskill Water Supply System, and is located within Schoharie County at the northern point of the Schoharie Reservoir in the Town of Gilboa. Constructed in 1919-1927 and placed into operation in 1927, the Dam has been in service for approximately 80 years. This gravity and embankment dam impounds the Schoharie Reservoir, the northern-most reservoir in the Catskill System.

With its age-related spillway surface deterioration, the New York City Department of Environmental Protection (NYCDEP) has proposed to reconstruct the spillway and face of the Dam, install crest gates to manage the flows through the notch in the Dam, construct a new low-level outlet as well as, conduct general improvements to appurtenances in and around the Dam to extend its service life and to comply with New York State Department of Conservation dam safety guidelines.

L&J provided electrical and plumbing engineering services for the design and implementation of the long-term rehabilitation of the dam, the Schoharie Reservoir, and the Shandaken Tunnel, an 11-foot diameter, 18-mile long aqueduct that transfers water from Schoharie Reservoir to Esopus Creek, the main tributary to the Ashokan Reservoir, another component in the Catskill water supply system. Improvements included dredging at the Shandaken Tunnel intake and improvements to the Tunnel’s electrical and mechanical systems, modifications to the spillway and gate structures, and additional dam rehabilitation work.

A new Low-Level outlet consisting of a new submerged intake and a major tunnel operation around the right-side of the dam will be added to the facility. This new tunnel is expected to be 108-inch diameter and will be the largest diameter micro-tunneling operation constructed in the United States. The work effort included a comprehensive review of the environmental and socio-economic impacts of the planned improvements and will ultimately include design of wetland mitigation measures and habitat restoration at the site when the construction effort is completed.

Electrical system design included ten coordinated service points from New York State Electric and Gas Company, ranging from 100A to 3000A spread over approximate 3.5 million SF of open area with three control buildings. The power was designed for micro-tunneling operations, concrete plant, instrumentation and security in addition to power for the control buildings. 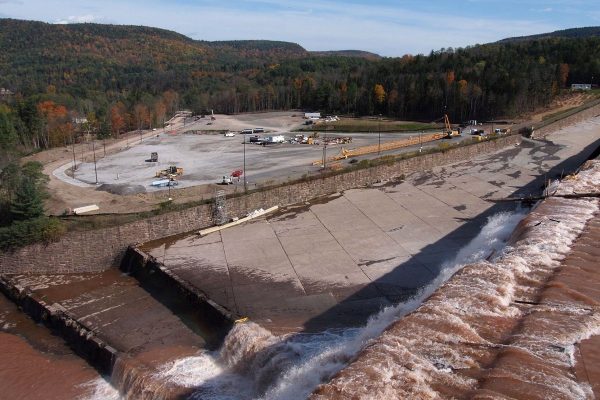 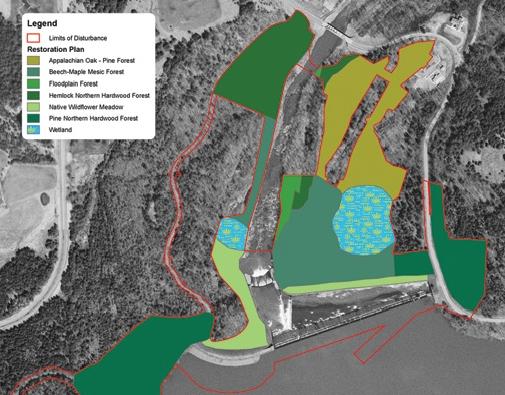