As the new corporate headquarters for Bear Stearns Companies, the 43-story building contains 1.2 million SF including seven trading floors of approximately 43,000 SF each.  The building was designed for 6,000-person occupancy.  BSC occupies the entire building, with the exception of the retail spaces on the ground floor.

The project site, bordered between Madison and Vanderbilt Avenues and 46th and 47th Streets, is over the Metro North train shed running into Grand Central Terminal.  Approximately 60% of the ground floor is over railroad tracks.  The scope of the project included a pedestrian entrance from the building into the North End Access passageway by Metro-North underneath 47th Street.

The East and West Spines are also enclosed.  The spines are existing upper level platforms, largely open to the train shed, which fall between tracks 30 and 32 (West Spine) and tracks 21 and 23 (East Spine).  These spines connect the GCT Main Concourse with exits to the Helmsley Building at their mid-points and further north to a passage which runs east-west under 47th Street.  They were enclosed using concrete block walls which are finished on the interior side with pre-cast terrazzo panels. 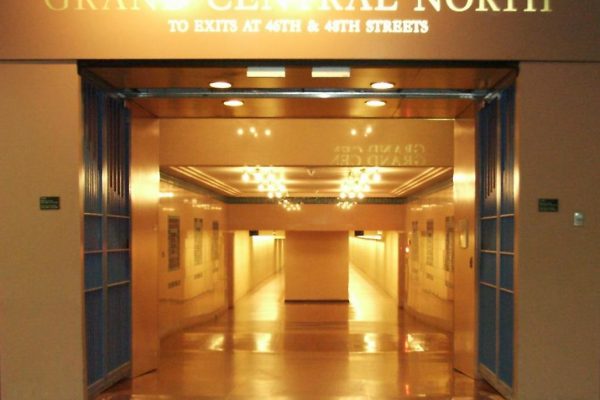 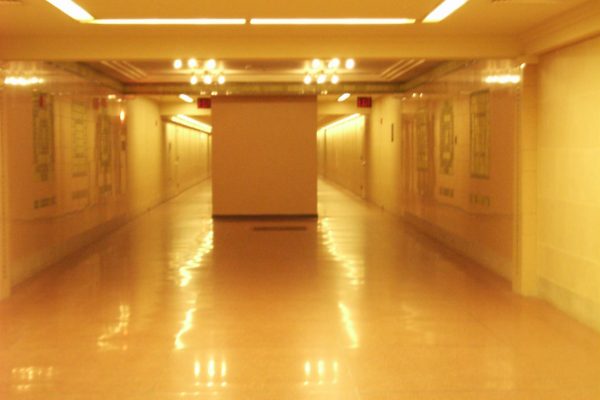 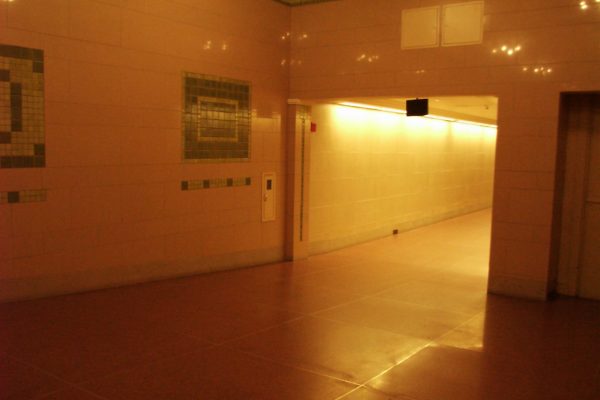 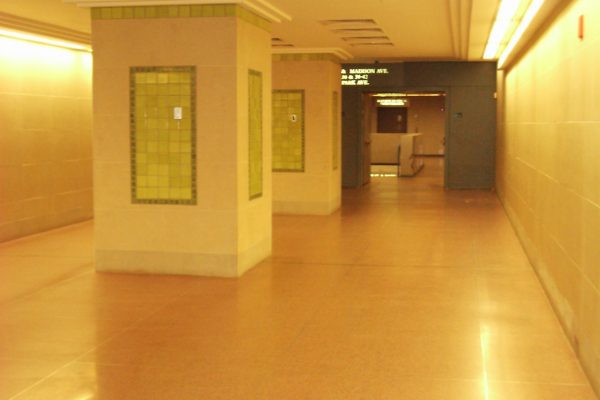 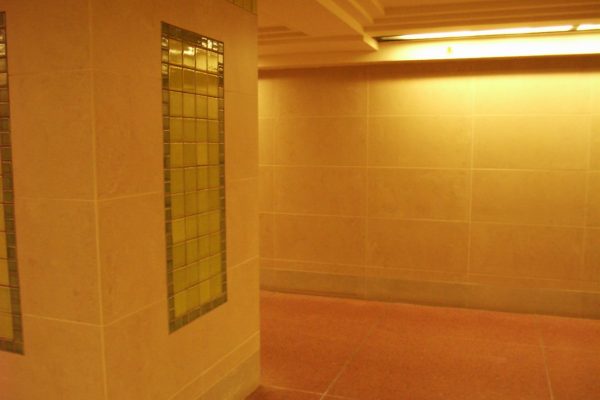 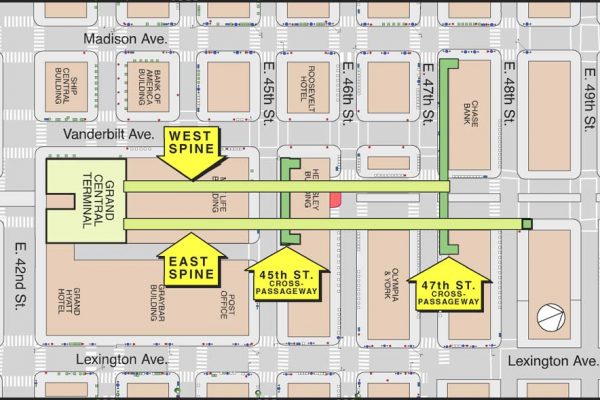