This new 34,000 SF building brings together many of the mathematics programs from the campus in a 3-story facility.  Acting as a campus gateway, the building is aligned with the entrance to the Natural Science Building directly to the south.

Engineering services included construction administration services for the facility and for the extension of the existing infrastructure site utilities to the building.  The facility has its own boiler plant which utilizes high efficiency state-of-the-art condensing type gas-fired boilers. 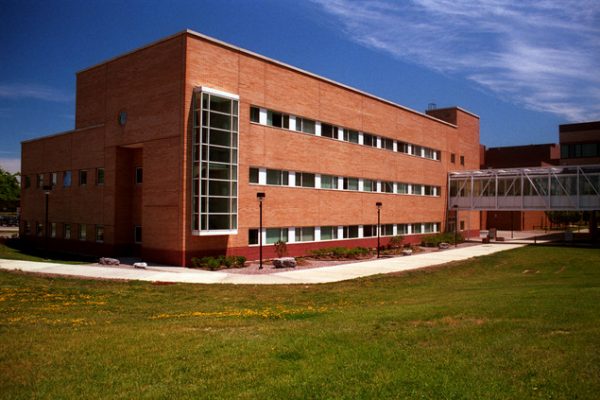